The FCC’s First 6 Months and What to Expect: A Conversation with FCC Commissioner Simington

You can watch the full event here

Join us on Thursday, February 25th at 11:00 AM (ET) / 8:00 AM (PT) for a 1-hour digital fireside chat with Federal Communications Commission (FCC) Commissioner Nathan Simington and telecommunications expert Joel Thayer Attorney at Phillips Lytle LLP and Outside Policy Counsel for Lincoln Network. In this discussion, we will cover FCC’s agenda on broadband buildout and how the FCC’s policies will develop in the coming months with this new administration.

The FCC has been moving quickly on important regulatory proceedings, such as promoting WiFi capabilities to provide more access to broadband, clarifying rules on 5G broadband infrastructure, and opening up more spectrum that will support innovative 5G IoT services, like telehealth and connected cars.

Broadband is increasingly becoming the lifeblood on which our economy depends. The only solution is to find new and innovative ways to reach those Americans living in a “digital desert” to ensure that all can participate in the new economy and tap into rural America’s unlimited potential to provide new and innovative services. 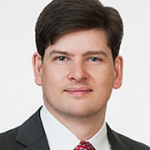 Nathan Simington was nominated to serve as a Commissioner of the FCC by President Donald J. Trump. He was confirmed by the United States Senate in 2020.

Commissioner Simington brings both private and public-sector experience to the Commission. Previously, he served as Senior Advisor at the National Telecommunications and Information Administration (NTIA.) In this role, he worked on many aspects of telecommunications policy, including spectrum allocation and planning, broadband access, and the US Government’s role in the Internet. Prior to joining the Commission, he was senior counsel to Brightstar Corp., an international mobile device services company. In this capacity, he led and negotiated telecommunications equipment and services transactions with leading providers in over twenty countries. Prior to joining Brightstar, he worked as an attorney in private practice.

Commissioner Simington grew up in Saskatchewan, Canada. He became a United States citizen and now lives in McLean, Virginia with his wife and three children. 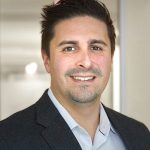 Prior to joining Phillips Lytle, Mr. Thayer served as Policy Counsel for ACT | The App Association, where he advised on legal and policy issues related to antitrust, telecommunications, privacy, cybersecurity and intellectual property in Washington, DC. His experience also includes working as a legal clerk for FCC Chairman Ajit Pai and FTC Commissioner Maureen Ohlhausen. Additionally, Mr. Thayer served as a congressional staffer for the Hon. Lee Terry and Hon. Mary Bono.